May 20, 2017  “Show You the Night” written for the night-sky songwriting project. Performed with Nissa Gustafson​ at The Lost Church​. Thanks Anna L. Marks​ of Oaktown Video for capturing it!

May 20, 2017  The words for “Lunarchy” were written by Judy Grahn and are used with permission of the author. Performed live with Nissa Gustafson at The Lost Church, San Francisco. Video by Anna L. Marks​ of Oaktown Video.

May 20, 2017  The words for “Fire” were written by Joy Harjo and are used with permission of the author. Performed live with Nissa Gustafson at The Lost Church, San Francisco. Thanks to Anna L. Marks​ of Oaktown Video. Support indigenous environmental and social causes! Preserve and protect the coastal plane of the Arctic Refuge. Make a donation to Gwich’in Steering Committee.

Queering Yoga tells the story of six Queer/Trans/QTPOC yoga teachers and their personal stories of healing, transformation and yoga journey. Themes explored include: What is the intersection of Queer, Trans, and QTPOC identities and yoga? What does empowered and embodied visibility look like for the Queer, Trans, and QTPOC communities? What does it mean to decolonize one’s yoga practice and why is this important? Queering Yoga embraces an intersectional lens to explore identity, personal and community transformation, spirituality and also positions Queer/Trans/QTPOC yoga teachers as important voices and leaders in current day yoga conversations and spaces committed to ending racism, homophobia, transphobia, and embracing more inclusivity.

The Manitoba Story: A Basic Income film trailer from Truth Be Told on Vimeo.

Original music for short documentary. Is free money the path to a freer and more equitable future? Can a Basic Income really make a difference? After being hidden for more than 40 years, the results are finally out. Meet the leaders, researchers and participants from Dauphin who reveal their experience in the first documentary about Mincome. Check out The BIG Experience, a 90-minute embodied learning journey exploring basic income.

We’re living in a historic moment. More women than ever are running for office. We need more women leaders everywhere AND we need leaders who reflect our values.

Original music for short documentary about LookOut Mountain Conservancy and the Howard interns in Chattanooga.

JungleStairs from TruthBeTold on Vimeo.

Original music for micro documentary about a community revitalization project in San Francisco. An official selection of the 2016 Green Film Festival. Co-produced and directed with Ken Fisher and Truth Be Told Creative.

Text, video, and reading is by Jason Wyman.
World Toilet Day 2014 campaign for Lava Mae.
Voice collages from interviews for an investigation on belonging with San Francisco residents
Photo effects by Jason Wyman

TheNews-Conversations on the Ages from anne carol mitchell on Vimeo.

Voice collages from interviews for an investigation on aging.
Photos by Jason Wyman

Voice collages from interviews for an investigation on belonging with San Francisco youth.
Photo effects by  Jason Wyman 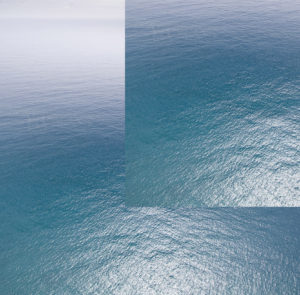