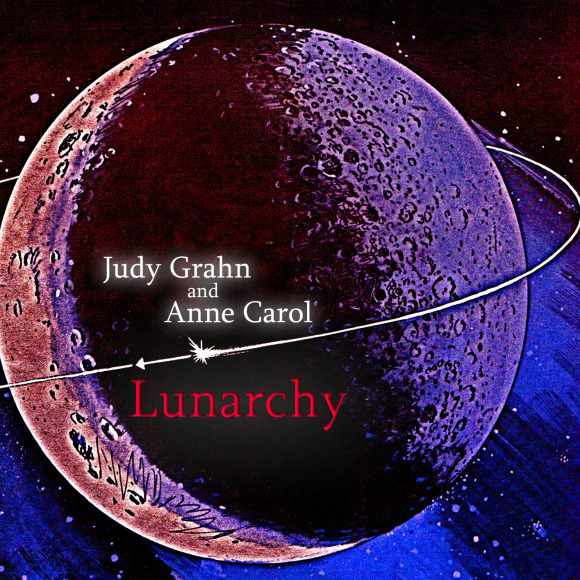 A full length poetic rock album with poet Judy Grahn. The album is the result of a rich collaboration between Grahn and Mitchell exploring where poetry, song, and sound experimentation merge.

After years of collaboration, poet, author, and activist Judy Grahn and Anne completed Lunarchy in 2010. This album spans four decades of Grahn’s provocative work, including poetry, song, and experimentation with the “sound and the word.”

Mitchell says this of working with Grahn, “The varieties of rhythms, forms, and depths in the poetry are intrinsically musical.” Mitchell creates musical textures and songs using electric guitar and drum machine/synth. Musical experiments with the long-poem by Grahn Mental are featured prominently on the record.

Grahn has said about Mitchell’s music, “I have waited most of my writing life for a composer to come along who could wrap gorgeous music and strong beats around my poems. Anne Carol has done much more.”